I gave a talk last night (April 17, 2008) about Second Life, the online virtual world popular on the World Wide Web. It gave me a moment to reminisce about my PhD dissertation, Symbolic Economies and the Politics of Global Cyberspaces (1993) as well as begin the wrapping up of a year-long project on Second Life in our NYU curriculum and particularly as it related to my class, the Political Economy of Digital Media.

The talk was held in downtown NYC at the Woolworth Building, known as the "Cathedral of Commerce" when it was built in 1913. I went back to my dissertation because it looked at money in fictional virtual worlds, particularly William Gibson's cyberspace trilogy, and his classic Neuromancer (1984) as well as the later Neal Stephanson's Snow Crash (1994). At the time I was looking for a progressive political stance in the wake of the fall of the USSR and I decided to compare these cyberspace subgenre (characterized by the 4 Cs: Corporations, Criminality, Corporeality, and of course Computers or Cyberspace) novels with the utopian genre. Sir Thomas More's Utopia (1516) was imagined primarily as a place WITHOUT MONEY. So I used the notion of symbolic thirds from Jean-Joseph Goux to analyze the political economy of utopias and the "dys"topias of these cyberpunk genre novels. Now, some 15 years later I decided to revisit my old work to examine Second Life.

I had a particularly useful bridge, work of Cory Ondrejka, a Second Life co-founder and until recently, the Chief Technical Officer for Linden Labs, the developer of Second Life. His "Escaping the Gilded Cage: User Created Content and Building the Metaverse" also used the cyberpunk genre as a point of departure. One of his inspirations was the Mystery of Capital by Hernando De Soto, a very popular economist throughout the "Third World", who focused on capitalism being a system of representations and rights. Connecting poor people to property via a system of legal representations was the most effective way to empower them to build wealth. You could say it was a more effective presentation of what President Bush would call the "ownership society". Keep in mind the issue here is more along the lines of what the Communist China leader Deng Xiaoping once referred to as "distributing wealth rather than distributing poverty". Remember my concern here is a progressive political economy rather than an apology for capitalism and its tendencies towards monopoly and excess. But lets get back to Second Life.

Ondrejka identified four problems with creating content in virtual worlds like Second Life and even in creating video games. They were the difficulties in: 1) creating first-class art; 2) the lengthy development cycles needed; 2) the hours of gameplay that had to be produced; 3) the many players that needed to be accommodated, and 4) the large teams that had to be hired and managed effectively to create digital content. Creating virtual worlds by the traditional model of a single group producing it is highly unlikely. User-created content is the key.

He suggested that online virtual worlds are really only possible if: 1) Its users are given the power to collaboratively create the content within it; 2) each of those users receive broad rights to their creations. These would be primarily property rights over virtual land, in-world games, avatar clothes, etc.; 3) they also need to convert those creations into real world capital and wealth. Online virtual worlds need a system of incentives and symbolic currencies to propel them.

Player created content is not entirely new to digital games. id Software, the small Texas-based company used the ego-centric perspective to create the first person shooter (FPS) game, Wolfenstein, in May of 1991. id followed with the extraordinarily successful DOOM in December 1994. DOOM combined a shareware business model with the nascent distribution capabilities of the Internet. Just two months after Netscape introduced its first browser as freeware over the Web, DOOM enthusiasts by the droves were downloading the game by FTP to their PCs, many of them with a 14.4 kb modem. In a prescient move, id decided to make DOOM’s source code available to its users. Making the code available allowed new modifications of the game called “mods”. This innovation allowed their fans to create their own 2.5D (not quite 3-D) levels and distribute them to other players. A popular one involved the using the characters from the Simpsons’ animated TV show running around the DOOM environment with Homer Simpson able to renew his health by finding and eating donuts. The US military created a version called Marine DOOM designed to desensitize soldiers to the idea of killing. Many of the company’s new employees were recruited because of the excellence of their mods and the extra help allowed them to create the next stage of their innovative online gameplay, QUAKE.

Second Life was born in June 2003. It offered users the ability create content using built-in tools. They could develop objects and their scripted behaviors (ie a tree and its leaves swaying in the wind). They could create their own avatar (representation of themselves or an entirely fictitious persona). They could buy and sell land and any of the other objects they created because they sought to protect intellectual property. Some 99% of the new world was user created and no permits, pre-approval processes, or separate submission were required. The key was the ability to perform transactions and maintain rights to property.


The dynamism of virtual worlds depends on the ability for players to sell items to each other for in-game virtual currency, or barter for such items. The purchase of in-game items for real-world currency is also crucial as is the exchange markets to convert virtual currencies for real-world currencies and vice-versa. It will be interesting to watch these dystopian virtual worlds emerge.
Posted by Anthony J. Pennings, PhD at 7:54 PM 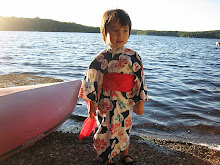